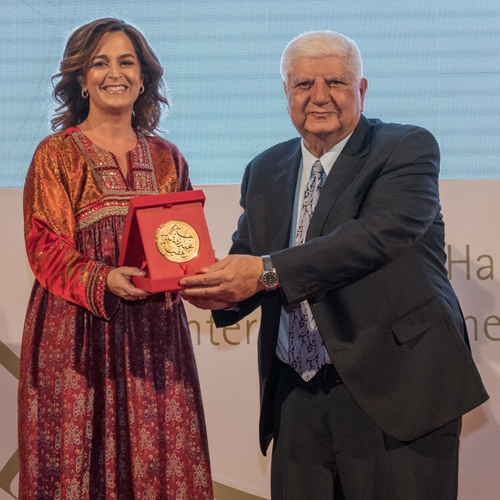 Kate Dourian (accepted on behalf of )

Kate Dourian has been the Officer in Charge of the
Middle East and North Africa desk in the Global Energy
Relations division of the International Energy Agency
since September 1, 2015. She joined the IEA after a
30-year career in journalism. Kate began her career as a
journalist in 1980 and has covered the Middle East and
North Africa extensively since then. She was also senior
editor at the Middle East Economic Survey (MEES) based
in Cyprus, a weekly publication that is focused on energy
and economic analysis. Before joining MEES, Kate was
Editor-in-Chief for the Middle East at Platts, the energy
information division of McGraw-Hill Financial, covering
energy developments throughout the Gulf and North
Africa until May 2013.

Before joining Platts, Kate was a correspondent and
chief editor at Reuters from 1984-2000, during which
she spent several years on assignments in Beirut, London
Cairo and Rabat, where she was the first bureau chief in
Morocco. During this time, Kate travelled with Mother
Teresa, interviewed Moammar Qadhafi and covered the
Israeli invasion of Lebanon. In 1992, Kate moved to the
Reuters energy desk as a market reporter and later as
editor. She joined Platts, now part of S&P Financial, in
2000 and opened the first Platts office in Dubai, covering
the entire Middle East region.

She was also part of the Platts team reporting on
OPEC, where she established strong relationships with
ministers and heads of delegations, earning their trust
for her honest reporting and her discretion. Kate has been
published widely on energy matters and was a regular
commentator on radio and television on energy matters.

Born in Cyprus to Armenian parents, Kate grew up in
Beirut, graduating from the American University of Beirut
with a BA in English Literature. She holds dual British and
Swiss nationality and speaks fluent French, Arabic and
Armenian. She has one son.