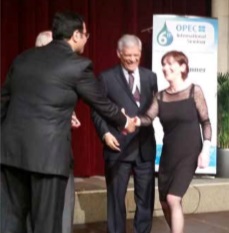 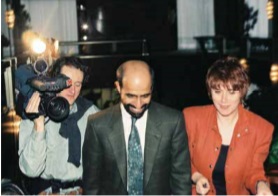 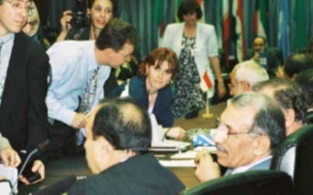 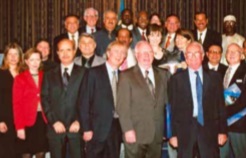 Lifetime Achievement Award for the Advancement of Energy Journalism

Margaret McQuaile is a former senior correspondent with Platts in London. She was born and educated in Ireland and embarked on a career in journalism after she moved to London in the late 1970s. Having joined Platts as an oil market reporter in 1983, she covered her first OPEC meeting in Vienna in the summer of 1985. Her work at Platts has ranged from fast, real-time coverage of developing news to in-depth analysis of changing supply and demand patterns. Her particular focus, however, has been on OPEC and OPEC member countries. Margaret has led Platts’ coverage of OPEC for many years, training teams of reporters to provide fast and authoritative news on the changing dynamics of OPEC meetings. She has also been involved in the general training of journalists at Platts, working with teams to produce a Style Guide and develop a comprehensive news training programme for Platts and regularly conducting in-house training workshops. She has been regularly interviewed by global television and radio networks. She is a recipient of OPEC's 2015 Award for Journalism and the International Association for Energy Economics 2006 Award for Excellence in Written Journalism. An accomplished classical singer who studied privately for many years, Margaret has performed on the opera stage and in recital. She also studied opera performance and concert singing at Birkbeck College, University of London Margaret is now embarking on a new career as a novelist. In 2013, she spent six months studying novel writing at Faber Academy. Her first novel, What She Never Told Me, was published in March 2016 by Quercus, part of the Hachette Group, and her second in 2017.