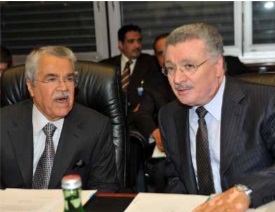 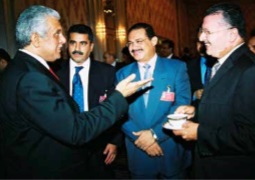 Advisor to the Royal Court of the Kingdom of Saudi Arabia

Dr. Al-Moneef is an advisor to the Royal Court of the Kingdom of Saudi Arabia. Previously he was the Secretary-General and a Member of the Supreme Economic Council of Saudi Arabia and served as Saudi Arabia’s Governor to OPEC and its representative to the organization’s Economic Commission Board. He was a member of the Economic and Energy Committee of the Majlis Ash-Shura (Consultative Assembly), the Chairman of the Gulf Cooperation Council (GCC) Energy Team, President of the Saudi Economic Association, Professor of Economics at King Saud University in Saudi Arabia, and Advisor to the Minister of Petroleum and Mineral Resources. Dr. Al-Moneef is a Member of Saudi Aramco’s Board of Directors, the International Advisory Group of King Abdullah Petroleum Studies and Research Center (KAPSARC), the Oxford Energy Policy Club and the Advisory Council of the Emirates Center for Strategic Studies and Research (ECSSR). He was Vice President of the World Energy Council and Vice Dean at King Saud University and a Member of the Board of Trustees of the Cairo-based Economic Research Forum, the Officers Council of the International Association for Energy Economics (IAEE), the Editorial Board of the Saudi Economic Journal, the Advisory Board of OPEC Energy review.